With her nursing degree in hand and a blossoming new relationship, Caroline Fontenot is finally happy. Her mother has come to New Orleans to be closer to her, and the ghost of her grandmother hasn’t made an appearance since Caroline moved back to the bayou. Life seems perfect—until someone she loves is shot during her graduation party, confirming her family is still in danger. Cade becomes increasingly secretive and evasive about his past, and Caroline soon discovers his skills go disturbingly far beyond landscaping and moonlighting in a band. While battling her serious doubts about Cade, Caroline’s ex-fiancé pops in for a surprise visit at the worst possible time, instantly raising her suspicions about his intentions. Her rotten luck escalates when a freak accident prefaces an encounter with a voodoo woman in New Orleans who reveals two dark spirits haunting Caroline, feeding off her energy and fear. It’s only a matter of time before her heart will give out or some other mysterious “accident” could rob her of her life. She must take immediate action to rid herself of this evil darkness before it overpowers her. 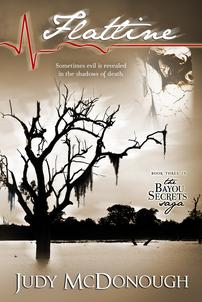 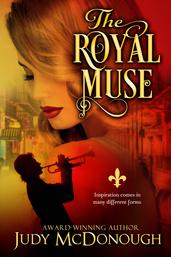 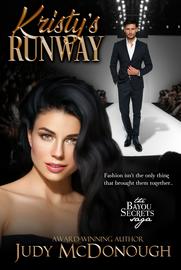 Caroline Fontenot Beauregard’s blissful life as a newlywed and soon-to-be mother is shattered. A traumatic delivery sends her into a coma, stranding her in a realm between the living and the dead. The sinister spirit of George Callahan is waiting for her there, prepared to capture her soul and use it to finally fulfill his revenge in the generations-long feud between the Fontenots and Callahans.
Cade Beauregard is heartbroken, but determined to save his wife from eternal enslavement, even if he must confront his own horrors and employ the despised dark arts of voodoo to set her free.
Trevor Callahan knows his father is up to no good, and he’s certain it involves the woman he still loves. He resolves to do whatever it takes to protect Caroline from Kenneth Callahan’s schemes against her family.
While New Orleans celebrates Mardi Gras, Caroline, Cade, and Trevor work together to stop the threats once and for all. But with George attacking from the spiritual realm, and vengeful kin with ties to the mafia plotting deadly retaliation in the physical, will rescuing Caroline’s soul be enough? Can they ever break free of the demons in their families’ pasts and find happiness together? 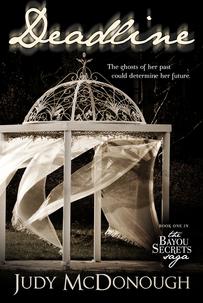 Caroline's life is on track. She's about to get her nursing degree and she's engaged to rich, handsome Trevor. But, before they get married, Trevor wants Caroline to spend the summer in Louisiana, getting to know her father, who's never been in her life. She reluctantly agrees and heads south, deep into bayou country where she meets Cade. Hot and handsome, he's pulling out all the stops to convince her that he's the man for her, not Trevor. As she becomes frightened by a series of strange accidents that began after her arrival, she learns that the woman haunting her dreams is actually a long-dead family member come to warn her about the men in her life. Caroline soon realizes that if she doesn't solve the mysteries from the past, they could permanently alter her future. 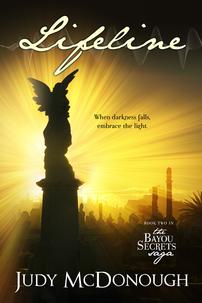 A relationship without communication is like life without oxygen. It can’t survive.
Fashion designer Kristy Tanner has snagged the opportunity of a lifetime: Competing during Fashion Week for a chance to work with her favorite designer! Between her recent promotion and her gorgeous boyfriend Matteo “Runway” DeLuka, all her dreams are about to come true.
But two pink lines—the ones she only thought she’d see after an amazing wedding—put a shocking kink in her plans. The kink twists into a full-blown knot when she realizes a surprise baby announcement so soon could backfire. To make matters worse, she inadvertently provokes the one person who could destroy everything.
Runway’s elite surveillance company has been hired to help bring down a manipulative tyrant who has dirt on every VIP in Beverly Hills, blackmailing them for professional gain. When he realizes the threat is his ex and she’s working directly with Kristy, he knows he must risk betraying the woman he loves to protect her.
As the competition heats up, the danger intensifies. Can Runway complete his mission in time to keep Kristy safe? Will all the secrets and lies tear them apart forever?

New Orleans artist, Melody Landry, looks forward to Thursdays when her trumpet-playing neighbor ignites her creativity with his haunting balcony performances. Her anguished muse has in-spired six new pieces for her first-ever art gallery auction, but complications arise due to the Coronavirus social distancing order. With nothing but time on her hands, she sets out to learn more about her elusive and mysterious neighbor. Falling in love, however, was never part of the plan.
Reece Thomas hasn’t fully recovered from a tragic, life-altering, French Quarter mugging, despite the efforts of his annoyingly-optimistic younger brother. He pushes everyone away and drowns his grief in his music and alcohol, owning isolation like a boss. That is until an artist with the voice of an angel moves in across the street and gives him a reason to wake up every day.
But in the midst of a pandemic, can she inspire him enough to find comfort somewhere besides the bottom of a whisky bottle?